• MOZACHIKO, as a script writer, a high school romance web series for WeTV, currently in post-production. Produced by MD entertainment.

• MARRIED TO A YOUNG GIRL, as a script writer, a romantic comedy web series, currently in pre-production. Produced by MD entertainment.

• KEONG EMAS, an animated movie based on the famous folklore of a princess being cursed into a golden snail. However we make an edgy twist of the original story. The script has been completed. Produced by Hompimpa animation studio.

• BERBURU HARTA KARUN, a motion picture with family adventure theme, script development has been completed but pre-production was halted due to Covid-19 pandemic. Produced by Nimpuna sinema.

Previous projects:
• 3 SRIKANDI, a movie about the struggle of three Indonesian female archers who won the first ever Olympic medal for Indonesia. It was shot in Jakarta, Seoul, Surabaya, Makassar and Sukabumi, released August 4th, 2016. I wrote the script, directed by Iman Brotoseno, produced by Raam Punjabi of Multivision Plus, with Ninin Musa as managing producer. 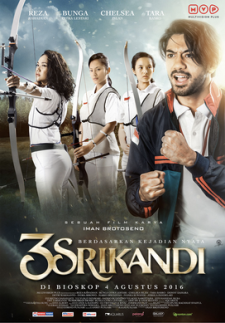 • MAGILIKA, an animation for cinema release in early 2015. Now this movie is on final stage. I wrote the adapted script from its international version and was involved thoroughly during the voice recording sessions which took around 2 months. 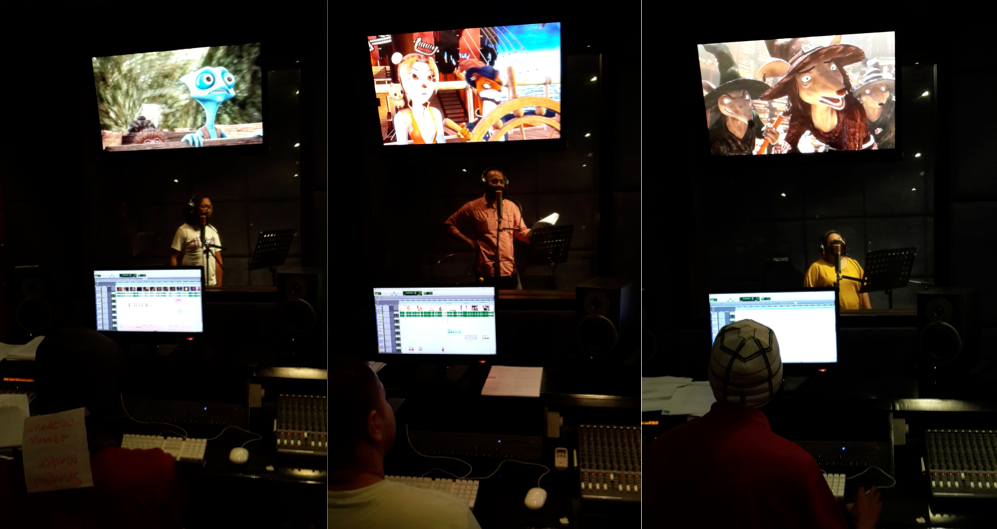 • GARUDA 19, a movie about Indonesia’s national football team Under 19, directed by Andibachtiar Yusuf, with Mizan Production. I wrote the script focussing on three teenagers pursuing their dreams and going through the hardship to enter Indonesia national team Under 19. Nation wide cinema release on 9 October 2014.

• My first novel, Papua Berkisah, is now in major book stores! YAY!!! It’s a story about a bold and smart mouthed young girl who is forced to travel with her stubborn and delusional father from Jakarta to Jayapura in Papua. They argued almost all the time. Eventually this journey reveals the father’s bitter past and the girl’s apprehension about her identity.

• Cahaya Dari Timur: Beta Maluku, a feature length movie, cinema release on 19 June 2014. A sport drama set in Tulehu, Ambon, directed by Angga Sasongko of Visinema. This is about how football can unite and give back the sense of identity in the conflict torn Ambon in 2006. I wrote the script with kind help from Ipank who introduced me to he bitter past and splendid side of Tulehu, a village near Ambon. Now this movie is reaching for international release. God speed!

• Komik Panji as a script writer. A collaborative work with Pappilon studio.

• State of The Game is a documentary under 101 East program, AlJazeera English. It was about footbal mafia in Indonesia and overseas. My involvement was as a production assistant. Click this to watch State of The Game.

• NATSIR: Kami Pulang is a motion picture now on script development stage about Muh. Natsir, Indonesia’s Prime Minister during the early years of our nation. My involvement is as script writer.

• Hari Ini Pasti Menang (Gabriel Omar) is a motion picture screened on Indonesian cinemas on 11 April 2013. I wrote the script of this work of art from Bogalakon pictures directed by Andibachtiar Yusuf. It’s about the dark side of what seems to be glamorous football industry. Please see the official trailer here:

• Gabriel Omar comic series, also brought to you by Bogalakon pictures. This is a comic prequel of Hari Ini Pasti Menang the movie, consist of 8 books and hit major book stores in March 2013.

• Home Sweet Home, a graphic novel now in development. Graphic novel? YES!!! Can I draw? NO… don’t get me wrong. I wrote the script then gave it to the artists for its visual work. The head artist said it is now 70% complete. 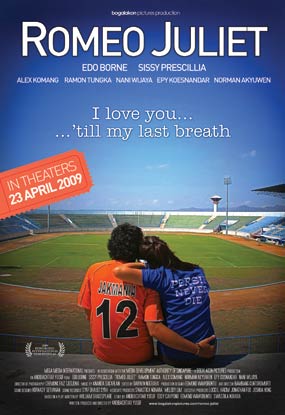 • Jagat Bali (Touch of Bali), Lenggak-Lenggok Jakarta (Jakarta Now and Then) & Tapak Indonesia (Discover Indonesia), all as script writer & producer. Those three programs are TV documentary series about culture and art. A project with Studio Samuan for Astro Awani channel back in 2007-2008

A script writer both for fiction film and documentary, content writer, fixer and translator.

With a team, I also make video profile for brands and corporates. I write content for clients as well. Based in Jakarta but eager to travel anywhere on earth.